Will there be a scarcity of oxygen in the near future? Will the human race have to depend upon superpowers to sell them oxygen for survival?

It is quite funny though, when people use to say what if we have to purchase water bottle for $1. But now this has become a reality, exactly like that the situation of Global warming is not new and a hype of Amazon rainforest has had 72000 fire outbreaks in 2019.

The news that 20% of the Earth’s Oxygen is produced by the Amazon rainforest is ringing the bell of entrepreneurs and industrialists for newer business opportunities, as they can now develop businesses for selling Oxygen.

A lot has been going on in the past few days or weeks. It’s been quite a hype of world criticizing the Brazilian President for making plans of transforming the Country into a profitable business. This has impact not just the country itself but the overall world. Said by the president, the environmental protected areas have hindered the country developing planned from stopping. What he is up to is making people curious as what is the need of clearing out Amazon rainforest.

Some insight to what is happening in Brazil

As Amazon rainforest deforestation has become a propaganda done by the Brazilian government. It is seems this issue has knocked the doors of G7 countries. Everybody is imposing their opinions and decisions on how to stop this massive destruction. However, we have seen celebrities and countries showering condolence and even investing their share of kindness to the Amazon rainforest.

This all first started with a joke. Where two friends created an account in Ebay and post a Ziploc bag filled with fresh air. This turned to be massive talk of the town for many of them buying it. They put another post on Ebay this creates more visitors and buyers initiating to purchase this unique product.  Lam now is the first person to bring this idea into reality and showered its experience of fresh air not to be a luxury but essential ingredient for life.

How profitable it may be

It has begun already in other parts of the world has companies selling fresh air. This is not just a necessary product but a luxury. According to WHO, 80% of the world cities are under serious polluted conditions for lack of fresh air? In a study of Content Majestic, the air you breath are comprise of 21% of the oxygen from which companies selling Oxygen bars claimed to give 95%  of the oxygen.

This business and product offering has been too famous and even claim to give pure air refreshing feeling from the mountains of Himalayas or fresh Australian canned bottled in China. Every other person or company has gain huge popularity just buys selling Oxygen. However, if we consume this canned filled with fresh air or Oxygen bars what is the next thing Brazilian president is planning.

Amazon producing 20% of the Oxygen is misleading

The former astronaut Scott Kelly, We need O2 to survival. This statement shows how dangerous situation the world is facing up till now. What is the basic reason Amazon deforestation, clearing the area for economic development? However, this is not the case. Though, it is destructive for the world and even the people of Brazil. Even though there is no perfect claim that shows 20% of the earth Oxygen is handed over to Amazon.

The whole scenario of production of Oxygen is truly false as the 34% of the forest are responsible in Photosynthesis occurring. Which means 16% is produced though Amazon. That estimate to reach 9% as the Oxygen produced in the phytoplankton in ocean.

Hold your breath, Oxygen is less

No, not yet do not hold your breath now. There is still enough oxygen in the planet. So, don’t worry. Even if the organic matters on earth are burned out there is still chance of 1% of the Oxygen being consumed? So, these so called superpowers cannot make money out of such basic necessity.  Even if they do, the nature will never turn against them for sure. 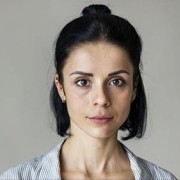 Jessica Brown
"an inspiring lady and a creative writer at Content Majestic. She has the desire to rule hearts through her words. She has done Masters in Marketing and wishes to explore the world."

Ghostwriting 101: What You Should Know!

Tor Make Your Browsing Anonymous, Everything You Want To Know?