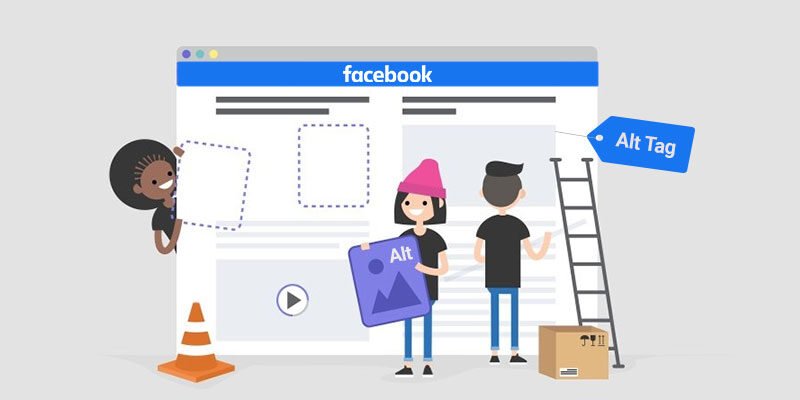 Are you aware of the fact that your favourite Facebook rapidly changes its functions? It always brings something new to the table.

What’s the Tea this time?

Number of Users on Different Platforms:

Before we dive into the topic, we should first know what Alt Text is. Alt Text is a piece of back-end information incorporated in the image. This feature tells us what the image is about, if the image cannot be displayed or if users cannot see it. This Alt text is supposed to be incorporated by the uploader be it on a website, Search Engine, or Social Media.

Almost 2 billion images are uploaded on Facebook each day.

Images are an easy and fun way to communicate. But, for visually impaired people, it is quite hard to enjoy all these things, even with screen readers people could only hear “photo” when they scroll over an image in news feed or screen reader could tell the name of the person who uploaded.

There are 285 million vision-impaired people around us globally

In March 2016, Facebook published a study with Cornell University which was based on one-on-one interviews and surveys. This study helped Facebook engineers understand the visually impaired part of our society much closely. In the interviews, they came to know that blind people comment and react as much as a normal person and are equally active towards uploading images and videos.

One of the participants in this study stated:

“I didn’t know my back camera was open instead of my front camera and I uploaded the image of a wall until one of my close friends told me about the incident.”

These types of incidents made the Blind users of Facebook worried and decreased the number of images and videos being uploaded by them.

Although, the study proved that these users found uploading the images and videos on Facebook pretty easy. Other than this: they faced problems when they wanted to edit their images or rotate them; with no possible way to do this they had to reach out to their trusted friends or family member.

When it comes to interpreting Visual content; screen readers read out captions and geo-tags, but since they are not always available so in this case once again they had to reach out to their trusted friends and family members, but not to become a burden they usually skipped photos that didn’t have any description/caption with it.

Keeping this study in mind, Facebook year 2016 launched a technology called Automatic Alt Text, the basic purpose of the technology was to bring people much closer to each other, especially to join visually impaired people to the real world and make them our part.

This technology is further advanced in February 2021. Automatic Alt text by using advancements in Object recognition technology has taken the screen reading experience to a whole another level, and now screen readers can read in much depth about the image.

Facebook is trying and working every day to make the world for visually impaired people as lively as it can be by using its platform. In the coming years, we can see Facebook working for the Blind community in the world on a very bigger scale.